If you would like some more information about our programs and how we work please use the form below to send us a message. We will get back to you as soon as possible. You can also phone us on 01 4002016.

* These fields are required. 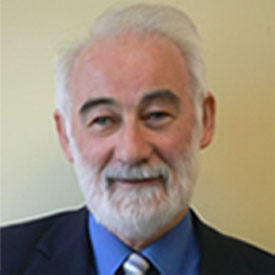 Pascal completed an honours B.A. degree in Psychology (NUI) in 1973 and a M.A. degree in Clinical and Educational Psychology (NUI) in 1974. He is a registered member of the Psychological Society of Ireland (PSI). He worked for over 20 years as a Guidance Counsellor with City of Dublin VEC and in a community school in Tallaght, where he ran special classes for special needs students and also provided Psychological Assessments and Counselling for other students.

Over those years he did many courses in counselling, including Gestalt and Rogerian counselling therapies. In 1990 -1993 he trained as a Systemic Family Therapist / Psychotherapist and is registered with the Family Therapy Association of Ireland (FTAI) and with the Irish Council for Psychotherapy (ICP). For 17 years he taught a counselling course for The National University of Ireland Maynooth and also supervised students studying the masters in Counselling in Trinity College Dublin and was an occasional lecturer on that course.

In the year 1999 he trained in Neuro Developmental Therapy (NDT) in Chester and developed a practice in Dublin; including NDT, Counselling and Psychological Assessments. In 2002 he trained in Listening Therapy in Paris, Washington DC and Vienna in order to offer more positive help to young people with mild to severe developmental delay.

In 2003 He opened Cluas, first centre of its kind in Ireland to help young people with Speech and Language difficulties, Dyslexia, Dyspraxia, Auditory Processing Difficulties, ADD/ADHD, Asperger  Syndrome and other children on the Autistic Spectrum.

This website uses cookies to improve your experience while you navigate through the website. Out of these, the cookies that are categorized as necessary are stored on your browser as they are essential for the working of basic functionalities of the website. We also use third-party cookies that help us analyze and understand how you use this website. These cookies will be stored in your browser only with your consent. You also have the option to opt-out of these cookies. But opting out of some of these cookies may affect your browsing experience.
Necessary Always Enabled
Necessary cookies are absolutely essential for the website to function properly. This category only includes cookies that ensures basic functionalities and security features of the website. These cookies do not store any personal information.
Non-necessary
Any cookies that may not be particularly necessary for the website to function and is used specifically to collect user personal data via analytics, ads, other embedded contents are termed as non-necessary cookies. It is mandatory to procure user consent prior to running these cookies on your website.
SAVE & ACCEPT